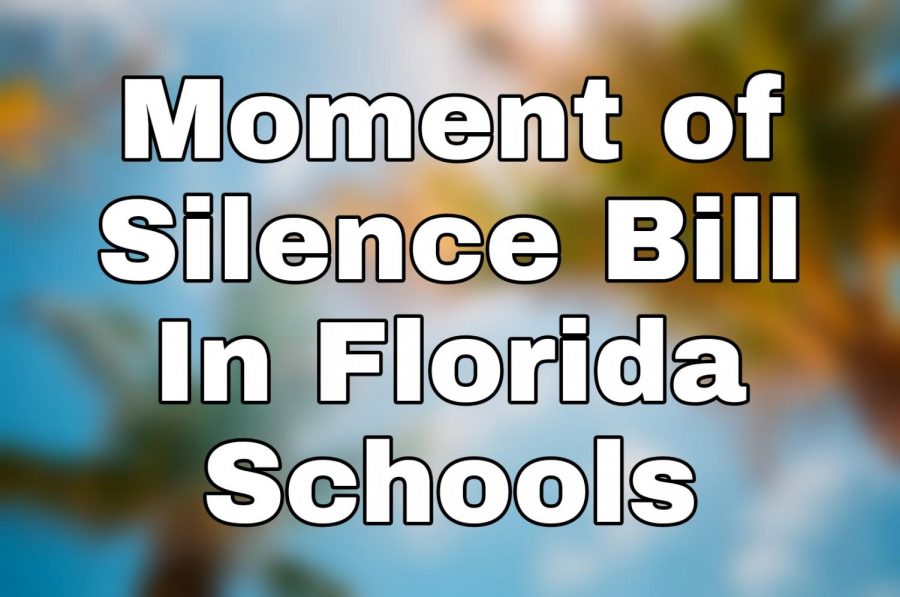 In a near unanimous vote on April 22, 2021, the Florida senate passed a bill that will require a moment of silence at the beginning of each day at Florida public schools. The bill is now awaiting to be signed by Governor Ron DeSantis. The House bill, HB 529, passed 32-6 in the Florida Senate as SB 282 after passing in the House 94-24 in March. Bills like this one have been passed in other states such as Alabama and Tennessee; proposals for such a bill have been made in Florida in the past, but none had passed until now. The bill would require a minute or two of silence at the beginning of each school day during first period as per the principal’s instruction.

The responses to the bill have been mixed, with many holding concerns that this blurs the separation of church and state and that some religions won’t be respected or it might make others uncomfortable. Defenders of the bill have responded by saying that the wording of the law does not enforce any specific religion or the lack thereof, and that it allows students to stop and reflect before the school day starts. A few Navarre High School students and one teacher agreed to speak on the passing of the bill and how it could affect their own high school experience along with their peers.

Caleb Long, 12, a member of First Priority at NHS, spoke on the effect the bill could have on clubs such as his. “Personally [,] I do not think this will affect clubs like First Priority. Due to the fact that this bill has no religious affiliation and does not advocate for prayer or any kind of religious practice… The bill may affect people of any religious creed, allowing them to get mentally, and in some cases, spiritually ready for the day.”

Lilly Trujillo, 12, another member of First Priority, also spoke on the topic from her own experience, “This bill is something that I am super familiar with because I grew up in Texas, and at my school a moment of silence was a daily thing at my schools.” Trujillo’s opinion on the bill and its impact on clubs like First Priority closely matched Long’s, stating that it was beneficial for all students and that the bill gave people time to prepare for the day ahead.

There have also been students who have voiced concerns, such as a Muslim student at NHS, 12. The student spoke on the concern that the bill would blur the line between church and state and whether religions like his would be respected, “I personally think the bill will most definitely blur lines between church and state. As a Muslim living in this country, which is supposed to be welcome to all religions, it really feels like the only religion [that’s] welcome is Christianity, especially with this bill.” One of the opponents, Democratic Rep. Lori Berman, spoke about her experience as a Jewish child and how she was often put in uncomfortable situations as a result. The student related to it, “… I think different religions will be treated differently, and the Jewish student[s] would probably be treated the same as other religions and Christians would have more free reign [in comparison to the other religions].”

Since the bill is meant to be directed to teachers according to the wording of the bill itself, Mr. Schuyler Field, Mathematics teacher, gave his thoughts on how it would affect his job, “My first reaction is almost none. There’s so many things, I mean, the beginning of the day… I could take attendance in those two minutes and maybe that makes my job smoother, so maybe that’s better.” When asked if he thought students would respect the rules in the bill, he responded with, “Every class is different… so it would depend on the class for sure…” Since the law mainly required principals to direct teachers on the moment of silence, it left the question if some teachers would enforce it. For example, some teachers don’t play RNN at NHS in the mornings, Mr. Field simply said, “Yeah, absolutely, that happens a lot…”